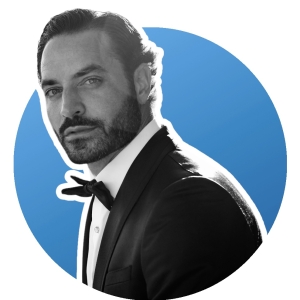 
While filming a documentary on the resettlement of Ukrainian refugees in the United States, one of the most famous ladies in food takes a break to speak to Forbes Monaco Editor Dustin Plantholt, The Count of Monte Crypto and host of MonacoVoice TV.  It is both timely and fitting that she does so from the dining hall of a church in South Carolina. After all, the Emmy award-wining public television host, best-selling cookbook author, and restauranteur knows what’s it like to flee your home to save your life.

Lidia Bastianich, now the celebrated chef and owner of a bona fide food and entertainment empire, was once a refugee herself. In 1956, along with her brother and mother, Bastianich left her childhood home in Istria, escaping what was once communist Yugoslavia.

Crossing the border under the dark of night, her father joined the family in Trieste, Italy, temporarily sheltering with extended family. With nowhere else to go, Bastianich and her family moved to the former Nazi concentration camp compound Risiera di San Sabba, which became a refugee camp for many ethnic Italians after World War II.

Two years later, the United States granted the family’s application to emigrate from Italy, and in 1958 they settled in the borough of Queens in New York City, where Bastianich still lives today. For the second time the family began life anew, once refugees now immigrants.

Her story brings hope to those who might unexpectedly find themselves starting over in a strange place, without resources, without a place to live, without a job. What they did have was a chance, and with determination, they made a life.

Bastianich’s early jobs were in restaurants—first a bakery and then a pizzeria. With an idea and some experience, she, and her then husband Felice Bastianich, opened their first restaurant. Then a second and a third, their menus gaining favor with local patrons and food critics alike. Her confidence in cooking ultimately charted her path, and with the support of her family, she was able to take risks and reap the rewards.

Her advice to women who want to become entrepreneurs is based on her experience: choose a path you’re comfortable with, be sure you have support in doing so, and don’t be afraid to ask for help. “As women, we have a lot to give, a lot of power…[but] you have to be prepared, committed and ask for help when you need it,” says Chef Lidia.

Plantholt, who sits on the board of the European Women’s Association, is committed to providing access to mentors who can help women get their ideas off the ground. The first annual Forbes Monaco Power Women’s Summit, being held December 1, 2022, at the Hermitage Hotel in Monaco, aims to spotlight the women who can harness the power of this pivotal moment to shape a new way forward and come up with actionable solutions to drive meaningful progress.

After 50 years in the restaurant business and 25 years in television, Bastianich says she’s relied on her energy and her will to make her success happen. In America there are a lot of opportunities in the food industry; it’s the second largest employer. She playfully reminds us, “Everybody eats!” But her motivation was not to succeed for herself alone, but also for her family and her community, giving her a platform to help others.

Bastianich reminds females everywhere, “We hold up the world women; don’t you forget it.”

Dustin Plantholt, “The Count of Monte Crypto,” is Monaco Voice's Editor-in-Chief. He is highly regarded for his contributions and impact in the world of disruptive technologies and media. He is a journalist and documentary filmmaker. He has interviewed celebrities, won awards for NFT/Metaverse advisory, and is a highly sought-after panel moderator and global speaker. He has received from Forbes Monaco the prestigious  40 Under 40 award for his undisputed impact in innovating ideas and bringing people together, educating others about digital assets, and his commitment to excellence.